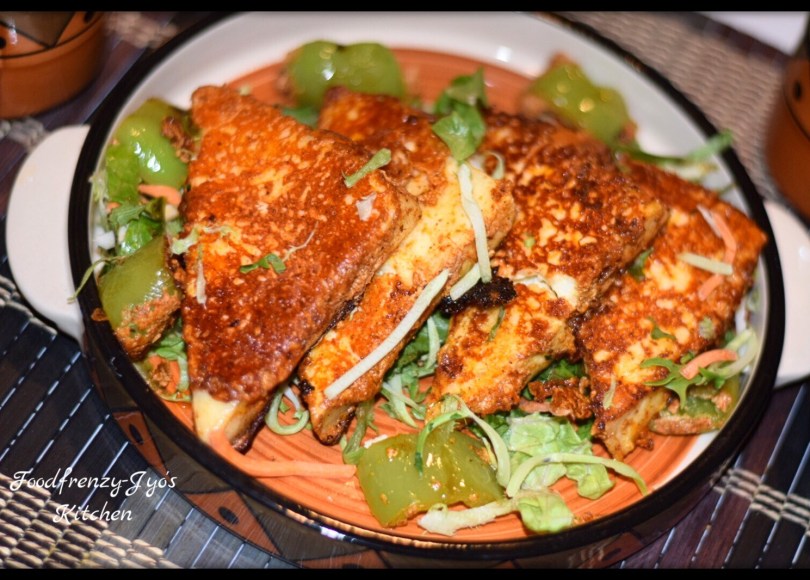 Serve this mouthwatering yummylicious Pan Fried Paneer Tikka’s as snacks with your cup of tea/ coffee (I won’t mind a cup of tea though 😛 ) and SKIP THE DINNER because it’s high in calories and fat so I suggest you have it when you are really hungry.
As soon as you finish making it serve and empty the plate because it’s best enjoyed when it’s HOT 😀
You can also check Paneer Tikka made in oven recipe. Click Here- Paneer Tikka in Oven
Serves 2
Ingredients:

Learn Step By Step Recipe With Pictures For Pan Fried Paneer Tikka
Recipe:
Step 1- Slice the paneer into triangles. Just like you slice the bread for a sandwich. And using a fork prick the paneer slices. This will help the paneer to absorb the masala well 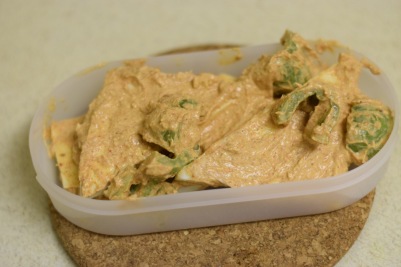 Step 3- Take out the marinated paneer out of the fridge. heat oil/ butter in a pan/ tawa and shallow fry the paneer slices and capsicum from both the sides until golden brown 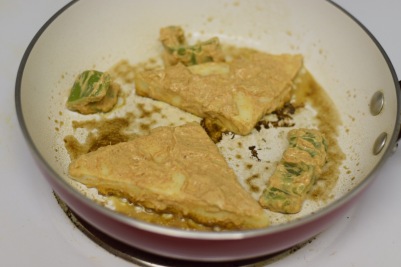 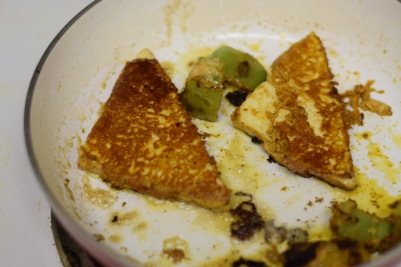