Biryani should be declared as a “Happy Meal” because Biryani makes everyone happy.  I am sure every Indian family loves Biryani and they all have their own version of Biryani. And then there is a person in every family who cook delicious Biryani. In my family? Of course, my mommy (I only rest when I’m at home 😛 ) and the person who eats the 3/4th portion of that Biryani is my brother. 😛 My brother loves Biryani and he loves Biryani more than he loves me. Yeah! that’s true. 😀 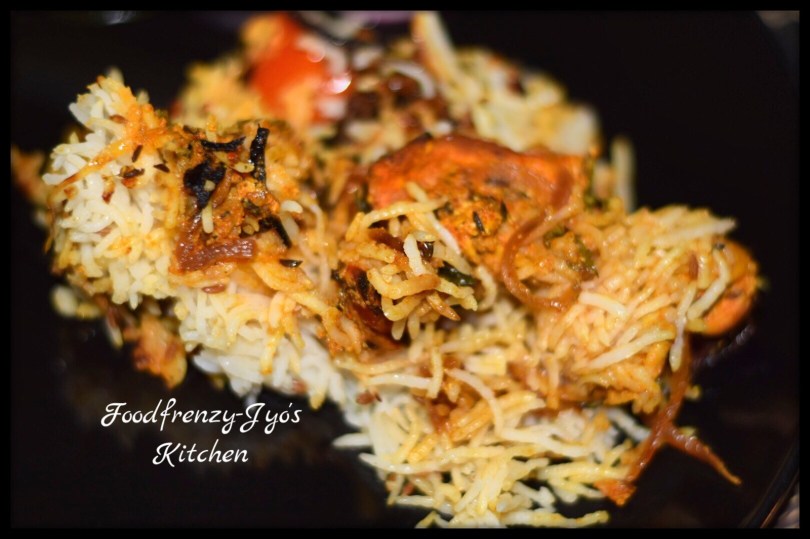 Last week I posted Chicken Tikka recipe which was very delicious and some tikkas were left after having a full plate of tikka. 😀 So I decided to make this chicken tikka biryani but somehow didn’t get the time to post this recipe. Finally, today is the day for Biryani post. 😀 While writing this post, I too was amazed to see the list of ingredients this recipe requires. 😀 Though the procedure looks very time consuming but cooking Biryani is no rocket science. It just requires a little more effort than other dishes and a little more time. 😀 But let me tell you it’s definitely worth it. 🙂 And of course, the secret ingredient for every delicious Biryani is the dum-cooking procedure. 😉

Though this Chicken Tikka Biryani is a complete meal in itself and doesn’t require any side dish but if you want serves thi mouth-watering flavorful Biryani with raita and onion rings on side. 🙂

Learn Step By Step recipe With Pictures For Chicken Tikka Biryani
Recipe:
Step 1- In a large mixing bowl take all the ingredients except chicken cubes and beat everything well until combined. Add the chicken cubes, onion and bell pepper. Marinade them well and refrigerate for 2-3hrs or more 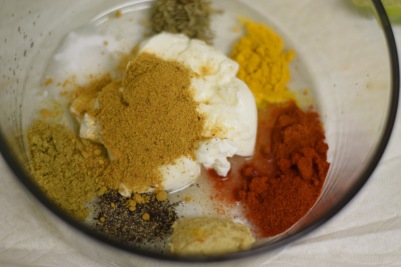 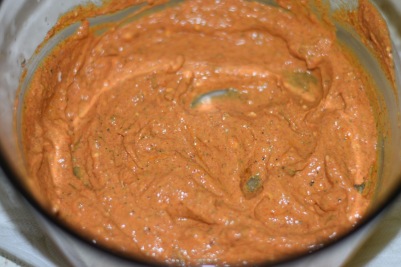 Step 2- Arrange them in skewers alternating veggies and chicken. To prevent the skewer from the burn, soak them in water for 30mins. Preheat broiler for 8-10mins. Arrange the skewers on a baking pan and pour some melted butter over the marinated pieces. Broil them for 10-12mins, turning over once. Broil until the chicken pieces are cooked properly 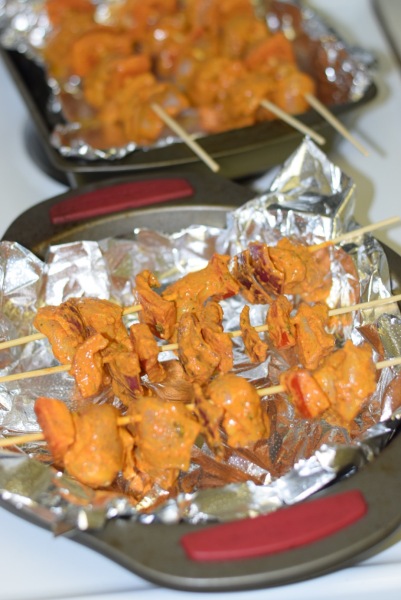 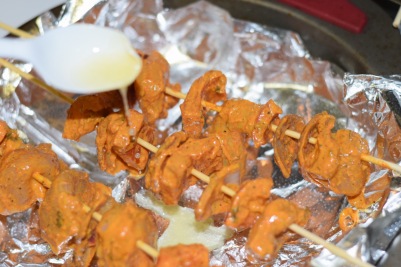 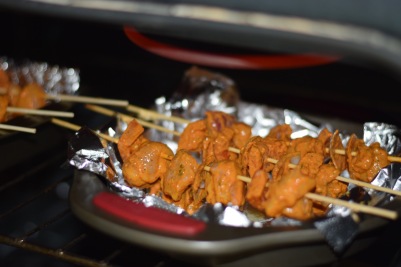 Step 3- As the chicken tikka is getting ready prepare the rice. Wash and soak rice for 30mins. Boil 3.5-4 cups of water adding whole spices and salt as required. When the water comes to a boil add rice and cook until 80% done and then remove the excess water if there, any. Keep aside and let the rice cool 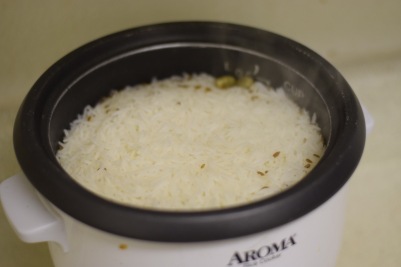 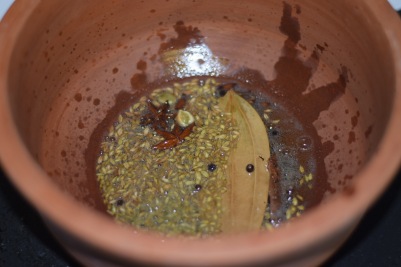 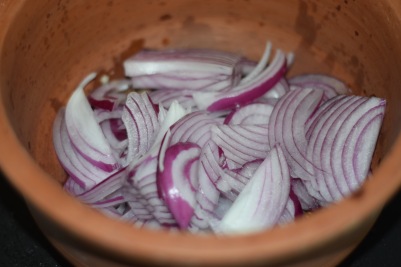 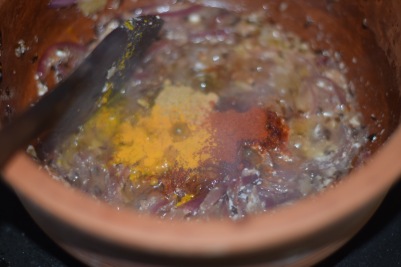 Step 3- Add thick curd, kashmiri red chili powder, and slit green chilies. Cook for a couple of minutes until the masala starts leaving oil from the sides. Then add the cooked chicken tikka pieces to the gravy. Take out some gravy and tikkas in a bowl and keep for adding it later 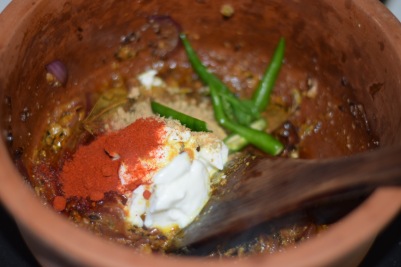 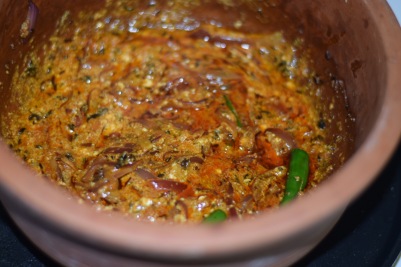 Step 5- Again layer it with the remaining rice, spread the remaining fried onions, chopped mint-coriander leaves, and the leftover gravy and chicken tikka. Add few drops of kewra water and cover the lid of the pot. Seal with dough and leave on low flame for 15-18mins 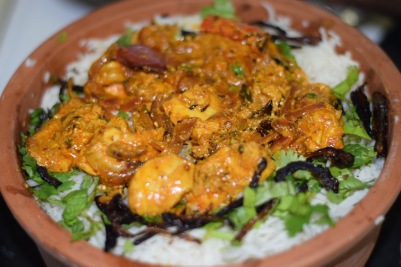 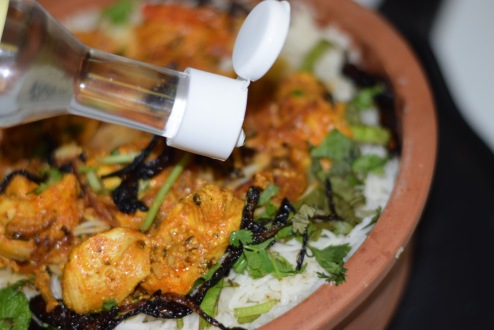 Serve hot with your choice of raita and some onion rings on the side. Enjoy this Chicken Tikka Biryani. 🙂