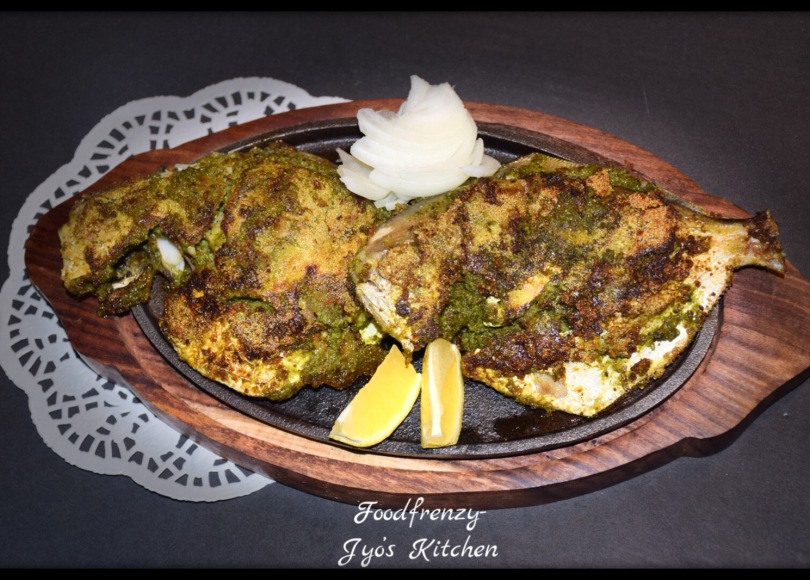 I came across this traditional Koli Style Stuffed Pomfret Fry while watching an Indian show name “Raja, Rasoi, Aur Anya Kahaniya”, which gives you an inside look of the royal Indian kitchen, the history behind the cuisine and related stories.

If you move over Vada Pav, Pav-Bhaji, and Bhel, Mumbai has a lot to offer other which many people don’t even know(neither do I know everything 😀 ). Mumbai’s food is as diverse as people living there with each street offering something different and delicious. The Kolis, the inhabitants of Mumbai’s, their food is very much influenced by seafood. Seafood is the most prominent part of their daily diet. Koli’s use a Koli Masala which is a blend of 12-15 (or more) whole spices which are first roasted and then grind to a powder. They use this masala in almost every dish from vegetarian to non-vegetarian. This stuffed Pomfret is one of their mouth-watering dishes.

A whole pomfret is stuffed with a green paste and then shallow fried on the pan. While making Koli Masala I skipped few spices which were not available at home. Still, the taste was amazing. If you want you can Koli Masala’s recipe on the internet and try making at home or just get the Koli Masala from the store and do try this mouth-watering Pomfret Fry. 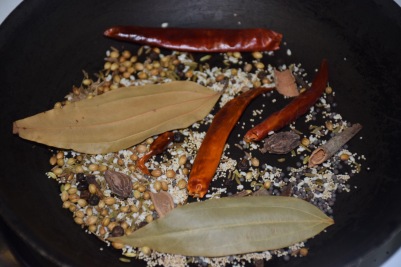 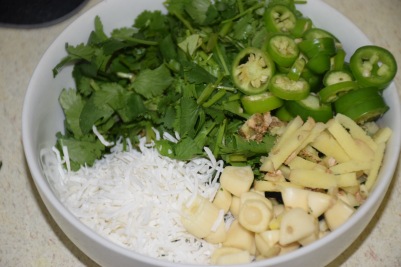 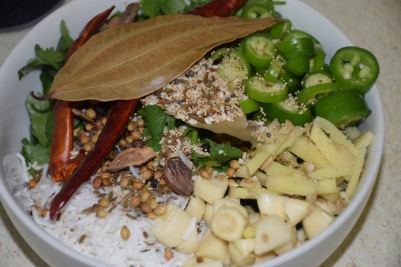 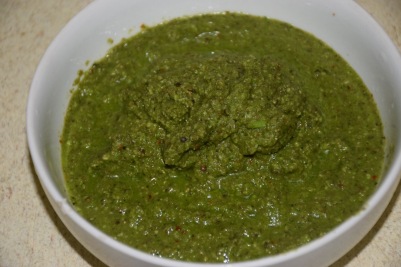 Step 2- Heat a pan and fry the green paste on medium-low flame until the water evaporates. Add salt as required and turn off the flame. Let the paste cool down a bit before stuffing. If you want to increase the heat add red chili powder while frying the paste 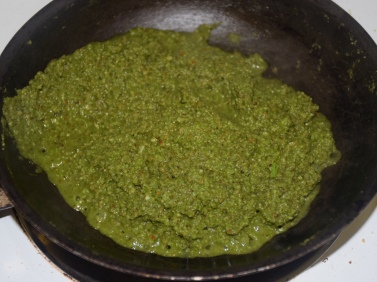 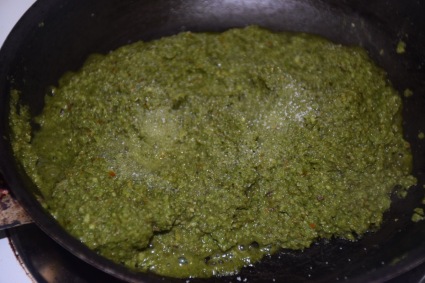 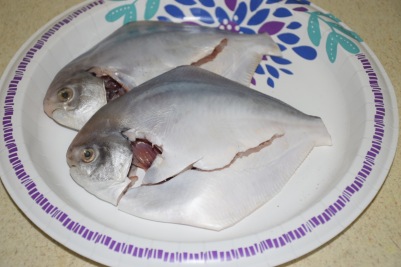 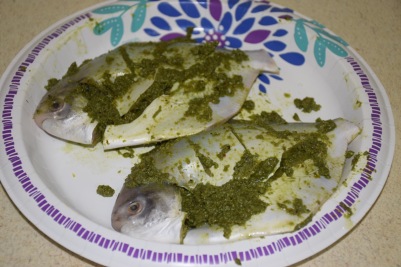 Step 4- Take rice flour and semolina in a plate and mix. Roll the stuffed pomfret in the mixture to cover from both the sides. Doing this makes a nice crisp layer to the pomfret fry 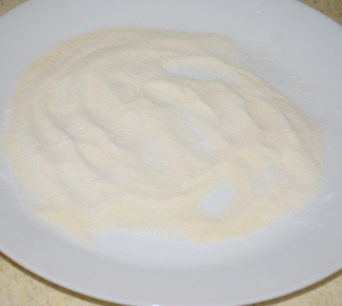 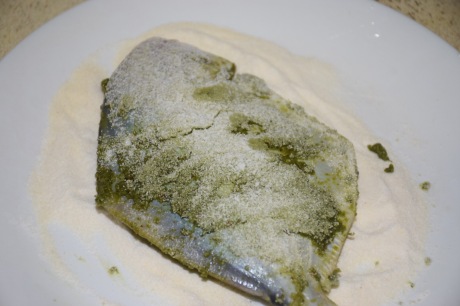 Step 5- Heat oil in a skillet pan and cook on medium-low flame. Gently flip when it is  crispy and cooked from one side 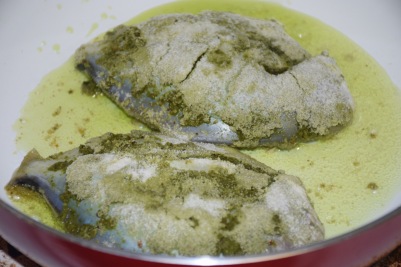 Step 6- Cook from the other side too until crisp and golden brown. Transfer to a plate and serve with some onion rings and lemon wedges 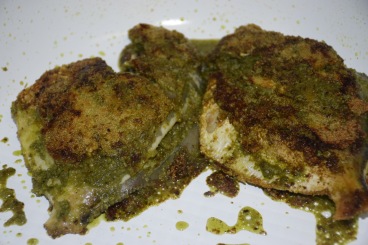 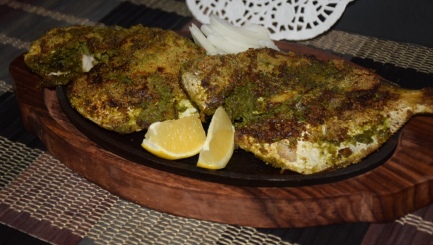