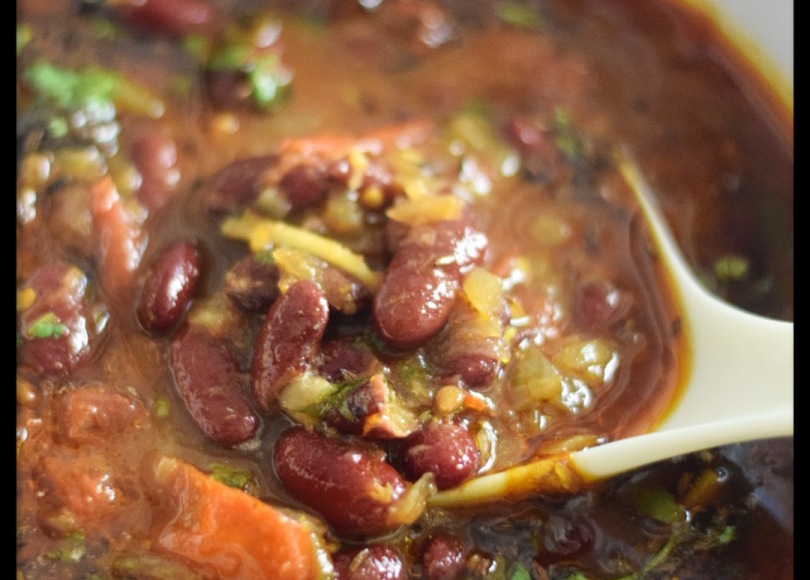 Rajma Masala is a much loved-by-all spicy North India curry that is a staple in many households. Rajma Masala tastes best with rice. Correct me if I am wrong. 😉 Although, you can always serve Rajma Masala with any Indian flatbreads but, Rajma should always be eaten with chawal, as they are match made in heaven. What say, fellas? 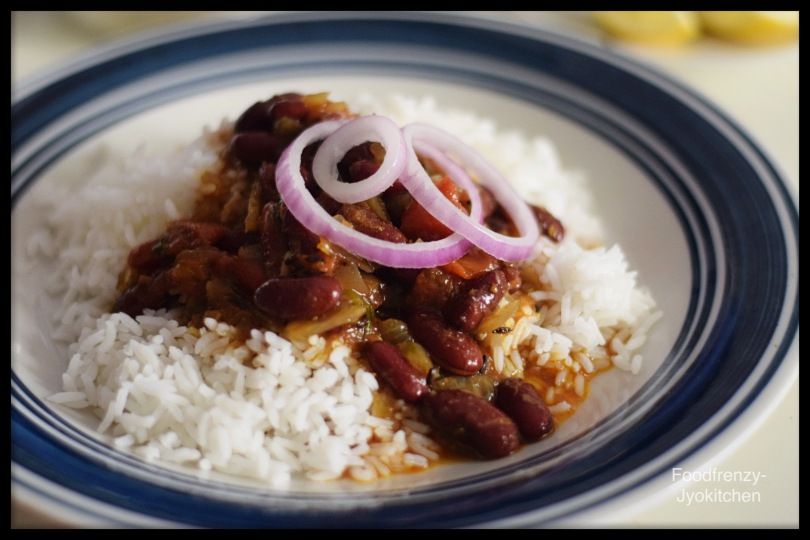 It’s very important that you cook Rajma well otherwise your Rajma Masala will not come out the way you want it to be. Do soak Rajma overnight or atleast 6 hours and then pressure cook until you can easily mash the Rajma between your fringers. Do not over or under cook the Rajma as it won’t give the nice texture to the curry.

This recipe doesn’t claims to be an authentic Punjabi Rajma Masala, but this is my own customized recipe with homemade Rajma Masala spices. Do try this recipe and I assure you that you will too love this.

I would suggest you not skipping my homemade Rajma Masala while trying this recipe. Roasting the whole spices really brings out the flavor and enhances the taste of the dish. Don’t you all just agree with me, here? 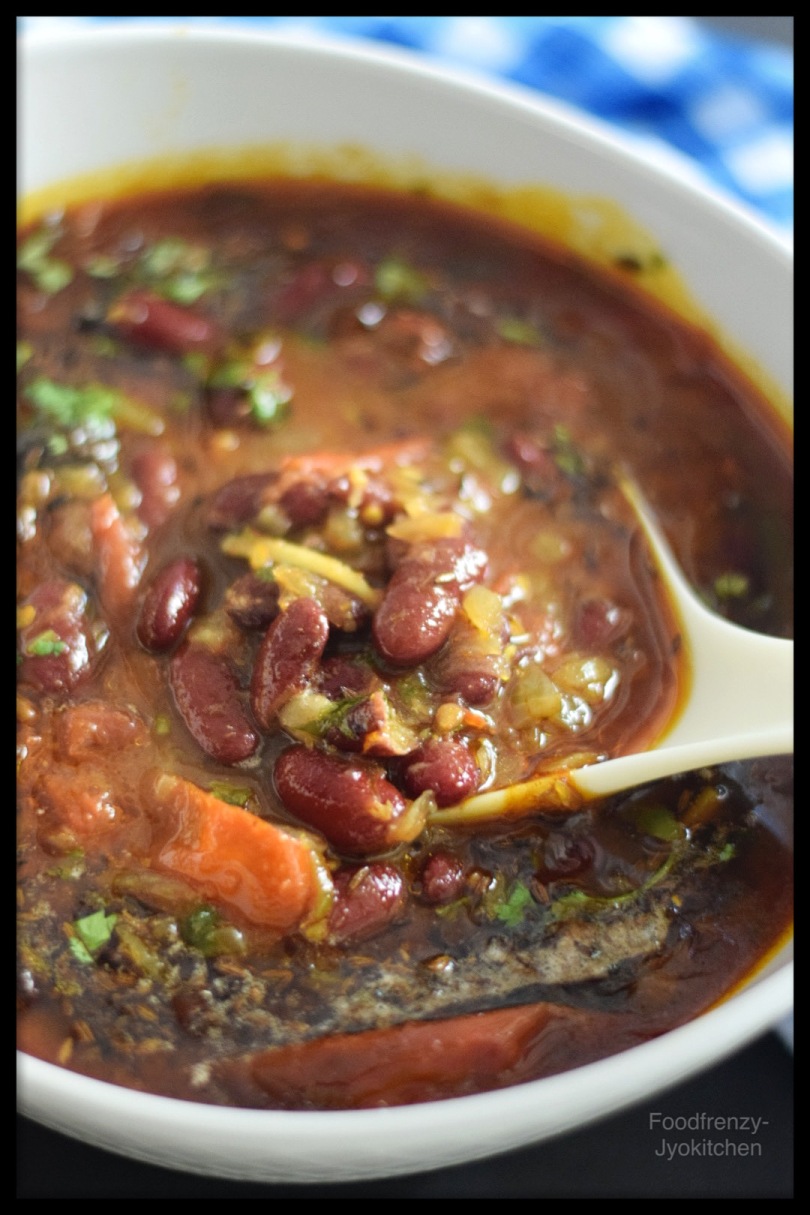 Do I look like that I am obsessed with tempering the curries? Actually, Yes I am! I love tempering my curries with ghee and cumin seeds. This step just takes the curry to another level. Don’t believe me? Just try it out.

If you don’t want to temper then just skip this step and serve the delicious curry for lunch. Pair it up with steamed rice, salad, and papad on the side.

Please pardon me for the pictures given in the recipe section as they were captured from the video I took while cooking. Hopefully, I will update with the better pictures soon.

Do try this recipe and tag me on facebook @jyokitchen or on Instagram @foodfrenzyjyokitchen. I would love to hear back from you.

Homemade Rajma Masala OR use any store bought masala

Dry roast all the spices on low flame until aromatic and once the spices cools down, grind them to a fine powder.

Step 2- Add chopped onion and ginger-garlic paste to the pot. Cook until the onion turns soft 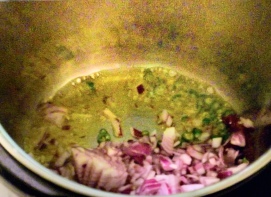 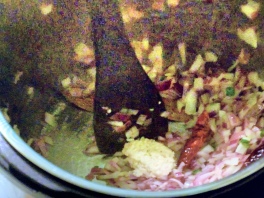 Step 3- Add the chopped tomatoes with a half tespoon of salt to cook faster. Cook until the tomatoes turn mushy and starts leaving oil from the sides 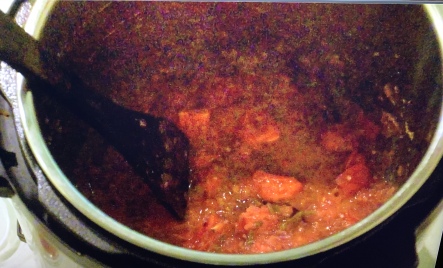 Step 5- Add the boiled rajma, 2 ½cups of water, and required salt. Cover the lid of the pan and cook for 15-20mins on medium flame

Step 6- Add the ginger juians and chopped green chilies. Simmer for 2mins and then turn off the flame. Leave it for 15mins and garnish with chopped coriander leaves

Step 7- Heat ghee in a tadka pan and splutter cumin seeds. Temper the Rajma Masala and serve with steamed rice, salad, and a papad on the side 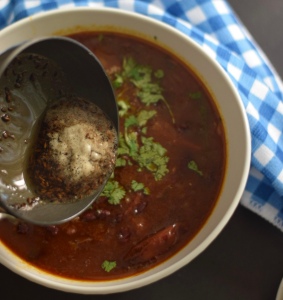